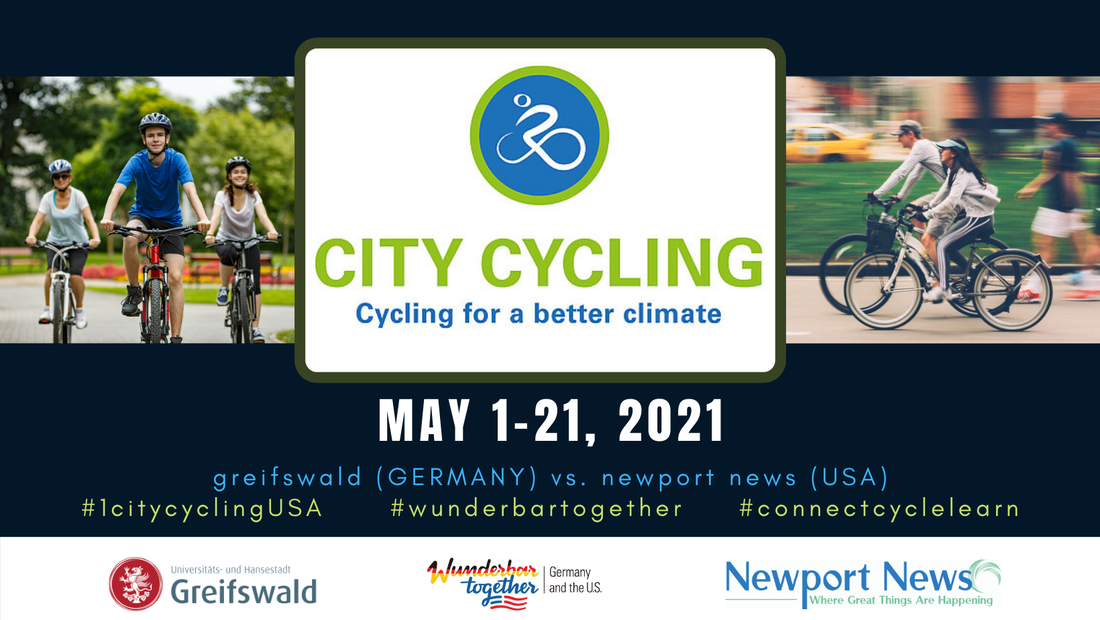 MAY 2021: The “Sister Cities” of Greifswald (Germany) and Newport News (USA) will compete against one another in an international cycling competition designed to increase the bonds of friendship, improve the environment and foster cultural understanding.

​STADTRADELN or City Cycling is an amateur cycling competition that takes place across Europe from May to September. Teams composed of at least two (2) cyclists compete over a 21-day period against cyclists in their own city and across the globe to “cover as many kilometers as possible”. The competition aims to “protect the climate, promote cycling and improve the quality of life in municipalities and, ultimately, have fun.”

Cyclists record their distance in an “app” that allows cities to compete for top honors over the full program period (May thru September). Greifswald (Meklenburg-Vorpommern) has participated in the City Cycling program since 2015 and enrolled 75 teams in 2020.

​Ultimately, CITY CYCLING provides a creative way for citizens in both communities to safely connect and exchange during a global pandemic with the goal of “Shaping the Future Together”. Event kick-off is May 1 in both Greifswald and Newport News.
. 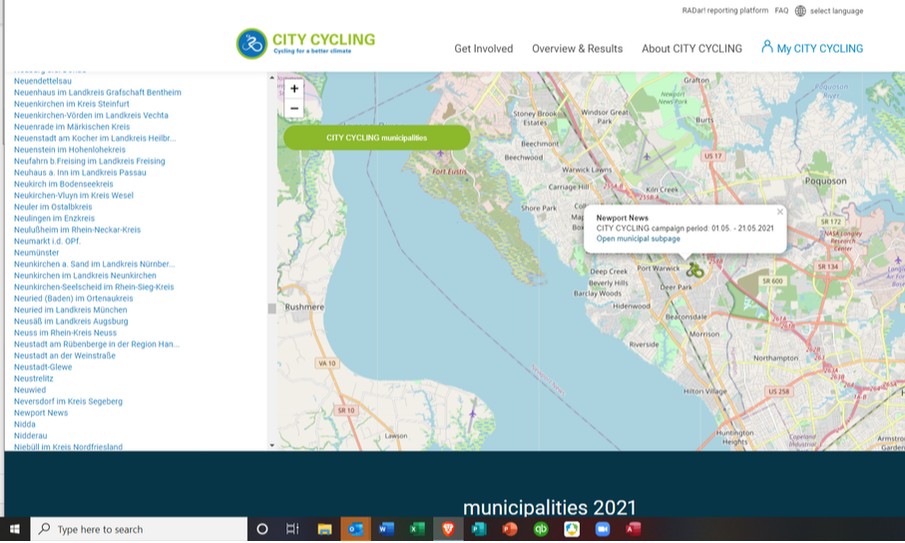